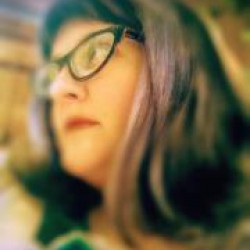 Musings of a Book Addict

I'm married to a scavenger of sorts and he often totes home rescued boxes of books that I paw through with shiny, hungry eyes. I pull out the odd and interesting and add them to my teetering stack.

The Hound of the Baskervilles
Arthur Conan Doyle

There Is Nothing Wrong with You: Going Beyond Self-Hate
Cheri Huber, June Shiver

No. 44, The Mysterious Stranger
Mark Twain

The Snare of the Hunter
Helen MacInnes

Dreamways of the Iroquois: Honoring the Secret Wishes of the Soul
Robert Moss

""You must not fear, hold back, count or be a miser with your thoughts and feelings. It is also true that creation comes from an overflow, so you have to learn to intake, to imbibe, to nourish yourself and not be afraid of fullness. The fullness is like a tidal wave which then carries you, sweeps you into experience and into writing. Permit yourself to flow and overflow, allow for the rise in temperature, all the expansions and intensifications. Something is always born of excess: great art was born of great terrors, great loneliness, great inhibitions, instabilities, and it always balances them. If it seems to you that I move in a world of certitudes, you, par contre, must benefit from the great privilege of youth, which is that you move in a world of mysteries. But both must be ruled by faith.""

"“It is right that you should read according to your temperament, occupations, hobbies, and vocations. But it is a sign of great inner insecurity to be hostile to the unfamiliar, unwilling to explore the unfamiliar... The suppression of inner patterns in favor of patterns created by society is dangerous to us. Artistic revolt, innovation, experiment should not be met with hostility. They may disturb an established order or an artificial conventionality, but they may rescue us from death in life, from robot life, from boredom, from loss of the self, from enslavement.

When we totally accept a pattern not made by us, not truly our own, we wither and die. People’s conventional structure is often a façade. Under the most rigid conventionality there is often an individual, a human being with original thoughts or inventive fantasy, which he does not dare expose for fear of ridicule, and this is what the writer and artist are willing to do for us. They are guides and map makers to greater sincerity. They are useful, in fact indispensable, to the community. They keep before our eyes the variations which make human beings so interesting.”"

Flannery O'Connor and her peacocks - her biggest life hobby

""I beg you, to have patience with everything unresolved in your heart and to try to love the questions themselves as if they were locked rooms or books written in a very foreign language. Don’t search for the answers, which could not be given to you now, because you would not be able to live them. And the point is to live everything. Live the questions now. Perhaps then, someday far in the future, you will gradually, without even noticing it, live your way into the answer.""

This is most definitely an academic publication, but still surprisingly readable. Many, many experiments of mutual dreaming and telephathic dreaming.
Tweet As far as Terrence McKenna books go, this one is actually the easiest to read. His writing can be dense, but also filled with beautiful metaphors. I find it fascinating that someone who talked so much about "destroying the ego" through hallucinogens, also believed that all the "messages" he received while taking "heroic trips" were true for every single person on the planet. Instead of paying attention to what he was bringing personally to his trips, he chose to remain OUTSIDE of himself to interpret them. Ironically, he believed that if you closed your eyes while tripping, the message would be "pure" and "devoid of outside distractions" but he completely ignores his own inner psyche - including his own psychological baggage and YES, HIS EGO. So in the end, it was difficult to wade through all his theories to get to the beauty. It's there - he has some real gems of thought and vision, but they are completely mired in fundamentalist demands that all people need to take hallucinations on a regular basis. I do wish that he had lived to see 2012, since he was so obsessed with what the world would be like on that "fateful Mayan deadline." I have tried many times to connect with Terence McKenna, but it looks like I'll be sticking to my favorite authors Tom Robbins for the metaphoric gems and chaotic beauty I crave.
Tweet Okay then, I got through this. And it was brutal. But it also was the most exciting and interesting out of the three books in the series I've read so far. George taught me that nothing is sacred, everything I know is wrong, and that "The Others" are (for the most part) going to wait for another book entirely. Fine. Be that way, George. And, on top of everything else, if I want to keep going in this series, there are a variety of ways to read the next two books! Do I read them, the way they were published? Or do I read them by choosing from differing theoretical "reading itineraries," written by Extreme GofT Nerds who have done tireless researched blog posts on what George probably would have never maybe ever wanted us to continue the series? (he was forced to split the next installment up into 2 books because it would have been TOO DAMNED LONG to be in one). I actually think I'm going to take a little break from this series - just to get my head straight, remember what is good in the world and maybe eat a taco. Then... maybe we'll see if I return this MADNESS.
Tweet This is the quintessential collection of the poetry of Yeats. It's dense and a bit difficult to get through, but the best part of the book are the detailed appendices and extensive explanatory notes. These both include long quotes from Yeats' personal writings, lectures and conversations, which help shed light on where the inspiration for his poetry came from. This is especially helpful with the Irish mythology that plays such a big role in his work. It's also delightful to discover that many of his poems came directly from dreams he had - several times he says he woke up and "took dictation" without anything extra added! The explanatory notes are so fascinating, I wish they had an index, so I can look specific stories up when I need to.
Tweet I didn't enjoy this one quite as much as the Sweetness at the Bottom of the Pie, but it's still Flavia and all her glory. Bonus points for including a marionette as a key player in the story!
Tweet

Exile on Main St.: A Season in Hell with the Rolling Stones All this did was make me want to re-read Marianne Faithfull's writing about this time. This book is like reading a TMZ report.
Tweet

Your Mythic Journey: Finding Meaning in Your Life through Writing and Storytelling This is, in essence, a guide to looking at (and writing about) your life, as if you are the hero in your own myth. It's a great idea and there are some nice aspects to this guide to the Hero's Journey. There are actually two authors (you still can't list co-authors, GoodReads?) and it has a bit of a scattered feeling because of these two voices that never really found their rhythm together. I've also already gone through the process of "writing my own myth" so perhaps this book wasn't as life-changing for me as it has been for others. It's definitely an interesting process!
Tweet

The Diary of Adam and Eve: And Other Adamic Stories As the introduction states, Mark Twain wrote this at the height of his "gloominess, pessimism, and contempt for organized religion" and it shows. It still has his wit and humor, but it is darker and more sad than his earlier, more jovial works. It was a bit of a slog to get through.
Tweet

All God's Children Are Lost, but Only a Few Can Play the Piano: Finding a Life That Is Truly Your Own There are some nice moments in this book, but in the end, I didn't find it all that helpful. He's got a great message - be the unique human you are and keep transforming - but his stories are meandering and confusing and I really don't like the section where he basically breaks down famous peoples' lives and deemed them either "brilliant" or "failures," depending on how their lives turned out (spoiler alert: the "failures" usually kill themselves). And this is coming from someone who is asking us not to judge ourselves too critically!
Tweet

The Sweetness at the Bottom of the Pie Flavia is precocious, but her character is so much fun. She is the little detective I DREAMED of being as a kid. I was obsessed with Sherlock Holmes, as much or more as Flavia so this story clicked in to my childhood fantasy of solving crimes through logic and evidence-examining. And as an added bonus, I am learning so much about chemistry (my WORST subject in school). Flavia makes chemistry fun! I listened to the audio book, read by Jayne Entwistle, who could get a little shrill at times, but I loved every minute of the story.
Tweet

Crossroads: The Life and Afterlife of Blues Legend Robert Johnson This is an attempt to state "just the facts" about the life of Blues legend, Robert Johnson, of which there are very few, so it's a short read. And when you remove the myths, stories and legends of this iconic musician, there isn't much left and it makes for a very dry read. It would have been nice to weave a few more of the colorful myths through this book, if only to debunk them - at least there would be some meat to the book. As it is, it feels like an angry book report - "This is true! This isn't!"
Tweet

Fall of Giants (The Century Trilogy #1) Usually a book with this many story lines makes my head hurt, but this book is really brilliant and engrossing. I also really appreciate when men write such whole, complete, and interesting female characters.